Taking more time then I thought through our colonial and Revolutionary jaunt of history. I had a plan (don’t we all!) and we are suppose to be finishing up Thomas Jefferson and moving on to Lewis and Clark. But I figure with the weather as it is, Lewis and Clark will be much more fun to study as spring is approaching. Right now we are enjoying really letting our book reading settle in through music.  And I am fine with that. I suppose the Constitution should not be rushed over. I know there will be a lot they won’t retain just because they can’t possibly have a perspective yet, but there is much to be exposed to – beautiful words and ideas in the Constitution and Preamble – that can be soaked in now through memory and recalled later as the understanding clicks into place. I may actually segue into a civics rabbit trail as we finish out the winter quarter. 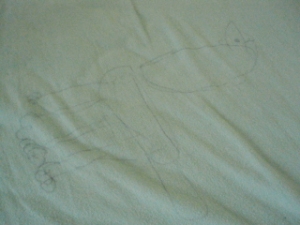 The rendering of a Brachiosaurus drawn on flannel sheet.

4 thoughts on “The Learning Room”