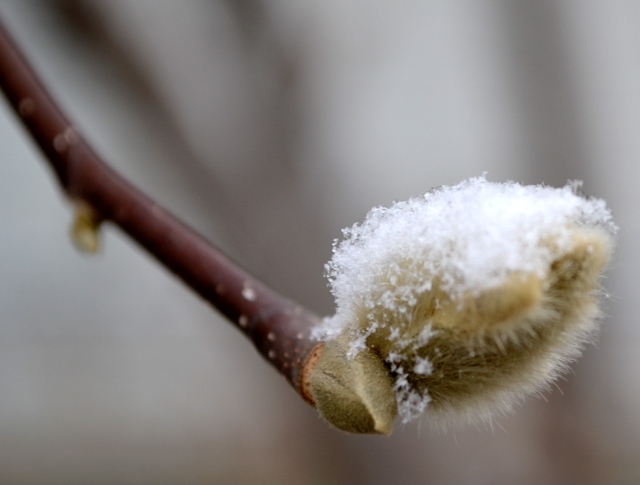 Don’t you just LOVE the first snow? It’s always so exciting especially with little ones in the house! This is Eli’s first year comprehending what snow is and Ivy (3) is extra excited this year about this white sparkly stuff.

Even better, since we homeschool this sort of thing weaves perfectly into our day. I quickly grabbed a few well-chosen books and my camera as they gazed out the window and had an impromptu science lesson for the littles while the older two worked on math and history.

We read “Why Does It Snow?”  (a Just Ask series) and talked about snow crystals all having six points but each being unique unto itself. We discussed and narrated how snow forms in the clouds and comes to fall here. Next we read “In the Snow: Who’s Been Here?” by Lindsay Barrett George which is a fun little book that takes kids through an exploratory adventure through the snowy woods. Each page has a clue of an animal visiting and then asks the reader to guess which animal it was. I let each child take turns guessing then turning the page to see if they were right.

After that we suited up and headed outside with some dark felt to catch snow crystals. I’m pretty sure more snow was eaten than captured but the thought was there. The snowflakes were too small this time to really see the distinction of crystal patterns and my kids lost all our good magnifying glasses. Still, they had a fun 15 minutes running all their energy off. 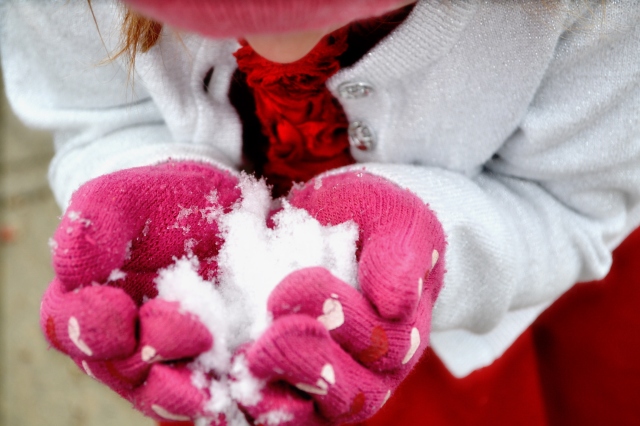 Now, lest you think this day was shrouded in warm fuzziness because of these beautiful pictures, (And aren’t they beautiful? Just look at that magnolia bud frosted in snow!) just know that we still had our share of school battles today. I spent over an hour arguing and standing my ground on making a six year old little boy finish a phonics lesson that he could’ve finished in five minutes. It was as if his memory was suddenly erased on everything he’d learned phonics-wise so far this year. And his poor five year old sister was every-so patiently sitting next to us waiting her turn while helping me clean flash cards and did finish her’s in less than five minutes when we finally got to her. So never let the pretty pics fool you into thinking our day was something other than what it was…just a day. Beautiful moments captured between ordinary, trying times! In other words, life!

Many people have said to me, "What a pity you had such a big family to raise. Think of the novels and short stories and the poems you never had time to write because of that." And I looked at my children and I said, "These are my poems, These are my short stories." ~Olga Masters