I’m glad I now write down what it is that we actually do during the week. Since we’ve been sick I’ve not been very motivated to “do school” everyday and we have just done a little here and a little there formally and a lot of child-led interests informally as prompted. But writing it down today – even if it pans two weeks instead of one – let’s me know that we did just fine and that I really don’t have to stress about getting it all squeezed in! 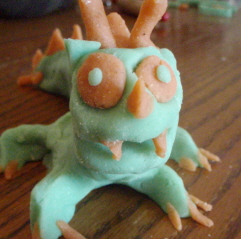